Simple solutions in a complex world 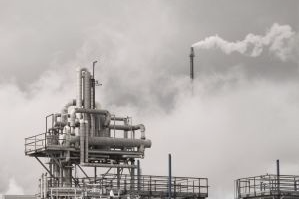 Changes in crude oil prices tend to affect energy intensive industries first. Years 2011 and 2012 were particularly difficult for airfreight industry with several airlines filing for bankruptcy unable to cope with sharp and unpredicted rise in oil prices. Projected by IATA $ 99 per barrel in December 2011 the price already rose to $ 115 per barrel in March 2012.

Although airfreight industry is capital intensive with high exit barriers and thus strong competition, there are widespread concerns whether savings made due to fuel cost reductions will be passed to shippers. While discussing the potential benefits of latest drop in oil prices to consumers it should not be forgotten that rise in fuel costs was preceded by significant overcapacity within the industry. Considerable number of airlines are still recovering from financial difficulties of the past decade.

Recent drop in oil prices is responsible for increased profits for airlines, as fuel costs can comprise up to 30% of total expenses. But the savings will not necessary fully translate into cheaper freight rates, one reason being airlines’ attempts to safeguard themselves from future crude oil price increases thorough the use of various financial instruments. Earlier hedging contracts will most likely to be re-negotiated in an attempt to secure price at $ 50 per barrel, according to Strategy+Business. Apart from that the competition has intensified and capacity remains to grow as reported by Financial Times.

We use cookies on our websites. You are free to manage this via your browser settings at any time. To learn more about how we use the cookies, please see our cookies policyOk