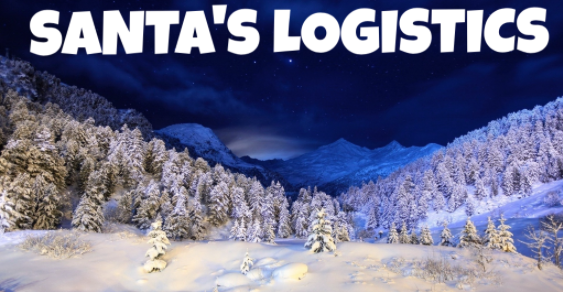 Its at this time of year that we see the full worth of a flawless supply chain. There is one man who can’t afford non deliveries, can’t live with missed flights, short shipped goods, weather bound vehicles or any other issue that prevents him from completing his rounds. That man, of course is Santa Claus. We don’t know when he starts the process, but we do know when he has to have his goods not just off his dock but in the hands of his eagerly awaiting customers. These aren’t reasonable clients, they won’t accept late delivery – if its not there under the tree on Christmas morning then he has failed and as we all know failing a child on Christmas morning is the worst crime possible.

So how does he do it, lets look at his mission. Once he has read all the letters, designed and manufactured all the toys he has to work out his delivery schedule. He needs to deliver to 24 time zones across the world in 24 hours. Its actually more complex than that as due to the fact that some countries are still confused about daylight savings time it means that while there are 24 zones there are 40 variations. We’re only going to look at our local zone, GMT. If we draw a line all the way down to the penguins we find that GMT comprises 22 countries with a total of 69 million plus children. How many cookies do you think he eats on his way?

We have taken all this data from the CIA (Yes, that CIA!) World Fact Book, since rumour has it the man himself refers to it every now and again. (https://www.cia.gov/library/publications/the-world-factbook/). However we had to make an adjustment for Ireland as the CIA’s figure is significantly lower than recent statistics. Well done us! Even CIA is not keeping up.

So, for simplicity’s sake we’ll assume that each child only gets one present (kids would no doubt object to this assumption). Therefore Santa has 1 hour or 3600 seconds to make 69,478,282 children happy. This means delivering 19,300 gifts per second. Now we divide number of kids in Ireland by 19,300 and it turns out Santa has got only 57 seconds to cover the country! We can think of quite a few challenges he encounters, our new postcodes being just one of them. And what if Santa has to rely on local signage? 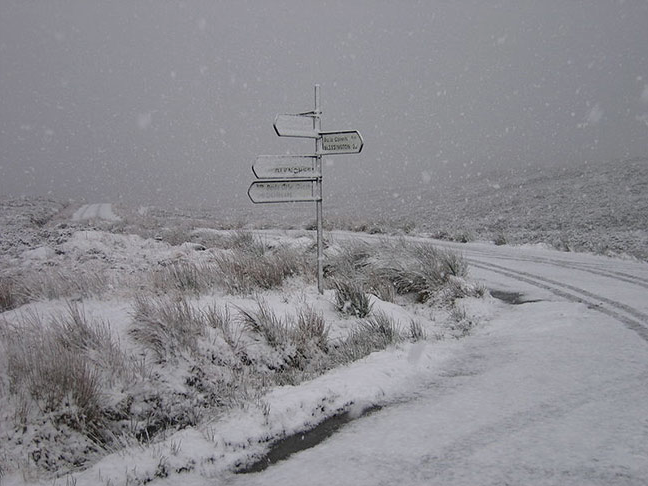 Great photo, but not nearly as amusing to someone who’s got only 57 sec to deliver 1100000 + presents. Besides we all wrote and helped write letters to Santa and none said: bring me one gift only and, to be totally frank, “naughty or nice” makes no difference at Christmas time. No wonder no one ever saw Santa, he’s lightning fast!

There have been attempts to assist Santa by building a European distribution centre but the winning project still hasn’t taken off the ground. Looks magical, doesn’t it? Santa would have loved it…

Or maybe he has distributions centres set up already; smaller ones along the equator and another large one with extra capacity in the South Pole? Granted, there are no elves there, but penguins might be a lot smarter that we give them credit for. Warehouse management system is superb, lead times are invariably short and order system is efficient beyond belief (take a look at letters to Santa again). It’s tough and nobody wants his job.

And yet our dear Santa makes it every single time and happy children are rushing to the living room, ripping off the wrapping paper and asking for batteries… Just like every year without fail Santa makes our 1,100,000 + kids happy in just 57 seconds.

That is a true miracle, a miracle of logistics.